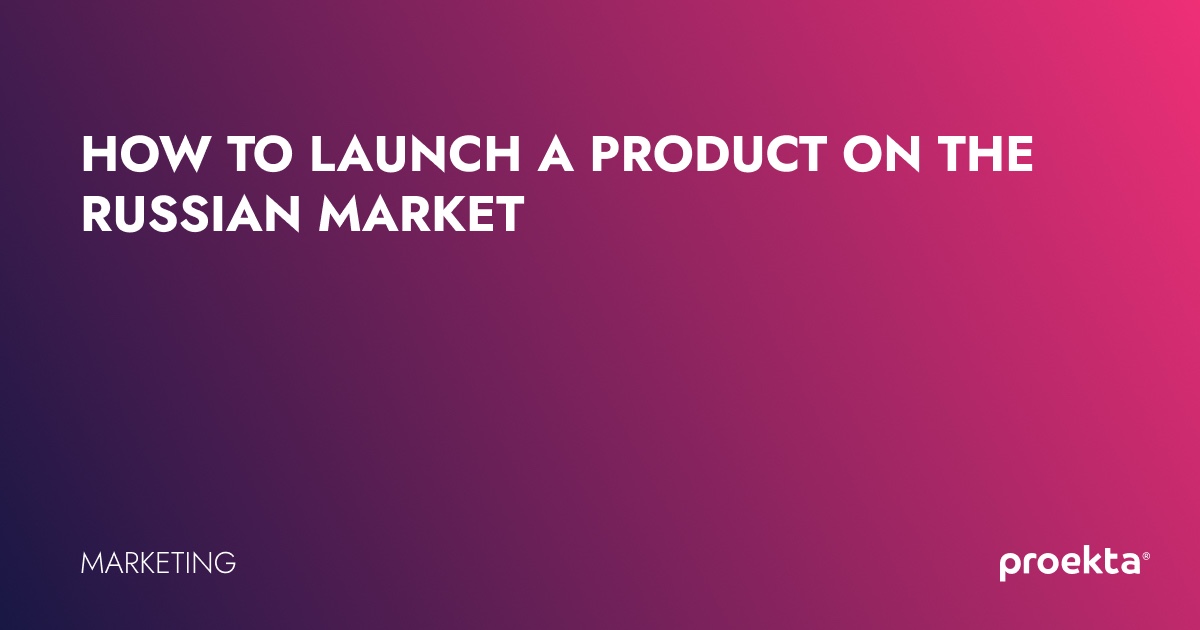 History knows enough examples when projects that seemed promising did not meet expectations due to mistakes in marketing. Of course, there is no perfect algorithm for launching a new project on the market. Moreover, each country has its own characteristics. But there are schemes tested by large companies, on the basis of which an effective plan can be developed in accordance with the specifics of the activities of a particular company.

Features of the Russian market

It is worth considering that free market relations on the territory of our country have generally started working relatively recently, therefore, the rules of promotion are not the same as abroad. Here are the features that have acquired in Russia that are important for the success of a marketing strategy:
1. If abroad the correct prioritization is considered when the focus is on the preferences of the consumer's wishes, then in our country they most often create a product and then spend time searching for the target audience. Knowing this, for speed and efficiency, it is worth taking an example from countries with an advanced view of marketing. Prioritize the consumer, and the strategy will already compare favorably with the competition.
2. In Russia, the terms of launching a new product on the market are severely compressed, partly because of the economic situation, partly because of the mood and desires of consumers. On the one hand, in order to withstand the competition, it is also important to be able to act spontaneously. On the other hand, omission or omission at the stages of planning, organizing, conducting an advertising campaign, etc., increases the risk of failure many times over.
Separately, it should be said that import substitution is an active area of ​​development. Everything is copied, from production technology to product packaging. Russian consumers are quite satisfied with this. It turns out that the approach of creating a new one in the likeness of an already existing one is promising.

The coronavirus pandemic, which included a period of self-isolation, an increase in unemployment, a decrease in disposable income, could not but affect changes in consumer habits. People have become more pessimistic about their own financial prospects. Those shifts in the market, which used to take years, happened in a matter of time, namely:
● increased interest in finding lucrative offers;
● changing the usual shopping cart;
● trend for home consumption;
● development of the do-it-yourself segment;
● the emergence of new rational shopping motives.

The majority of Russian buyers find it difficult to maintain the previously usual level of expenses, and the list of goods that they consider necessary are being revised. For example, antiseptics and masks were included in it for a long time. The ways of saving are changing: if earlier, large, more profitable packages were in demand, now they are increasingly purchasing smaller ones, but they fit into the budget constraints.

As far as new rational motives are concerned, this question has two sides. On the one hand, nearly 80% of consumers are cutting back on “optional” items. On the other hand, after the unavailability of travel and entertainment outside the home for a long period, people began to invest in the purchase of new products for themselves, often from the premium segment. The guiding motives for this are the replacement of inaccessible experience and the desire to please oneself.

The following fact is also important: according to surveys, more than 60% of Russian consumers make purchases using a smartphone. Obviously, it makes sense to focus on creating an online store with delivery, while it must withstand healthy competition. Traditional stores also remain in demand, so multi-channel service will make it possible to reach a larger audience.
It is important to take into account the listed changes in consumer consciousness for companies introducing new products to the market in Russia.